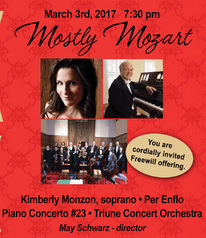 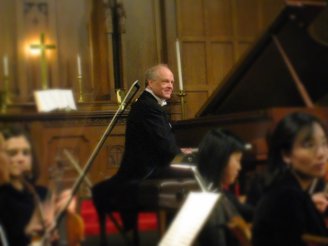 The annual Triune Concert Series in Columbus, Ohio, started in 1966 and is the oldest Church Concert Series in Columbus. In 1987,  director May Schwarz decided to include "Mostly Mozart" concert in the series and this is where I come in. May Schwarz put together and conducted the Triune Festival Orchestra, with members mainly from the Columbus Symphony Orchestra and the OSU Faculty. I was the soloist in Mozart's 17th piano concerto.

It was a success and since then the "Mostly Mozart" concert has been a yearly event in the Triune Concert Series.

In the years 1987 - 1999, I was the soloist in 13 different Mozart piano concertos. Then we started to repeat the most popular ones.

Over the 30 years since its start, the "Mostly  Mozart" events have included performances by many outstanding singers and instrumentalists.

Many of the concerts have been given on the WOSU Classics Network.

May Schwarz was called to be the Minister of Music of St. John's Church in 1969. After more than 34 years May is still serving St. John's and the community with her gift of music. Under her leadership, St. John's has become well known as one of the premier church music ministries in Columbus, and its music program is the hallmark by which St. John's is known in the Columbus area. In 2003 May was honored as one of the outstanding music ministers in the country.

The Triune Concert Orchestra of 2009 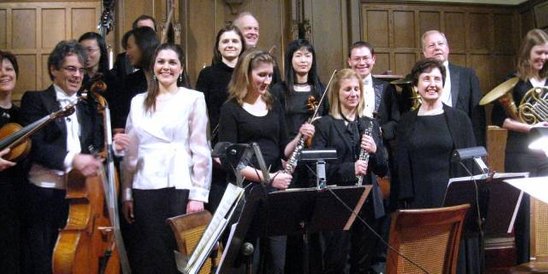 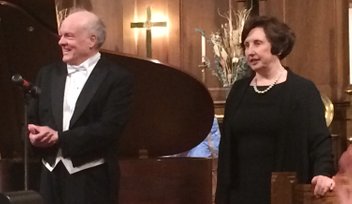 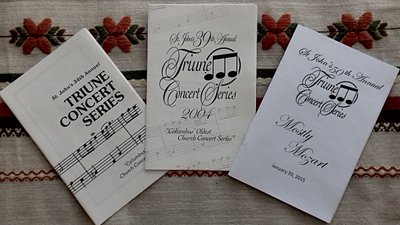 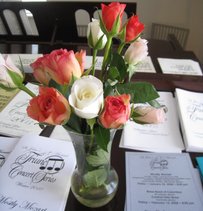