Listen to the concert!

Interview with Per about math and music in Polish radio in Krakow September 2019, translated into Polish, recording can be found on the audio file on the page a little below the picture on Per (in the middle of the Polish text)

Listen to the interview! 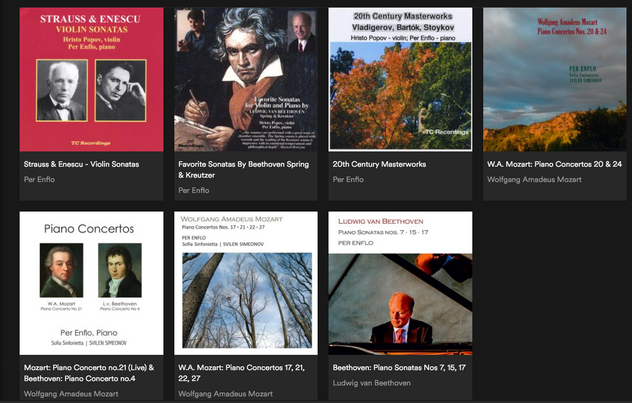 After a lifetime in the US I have now returned to my native country Sweden and my home is the former yard of the home guard society´s soldiers in Östervåla. The assembly hall is an excellent room for concerts and recordings - with a new Bösendorfer grand concert piano 225 I am now enjoying the pleasure of daily sessions at the piano!

Listen  to Per talking to Bill O'Connell at  WCLV Classical 104.9  (the non-commercial educational classical radio station in Ohio)

Per Enflo, Swedish-American pianist, has since the 1950s been concertizing on five continents with solo recitals, with orchestras as soloist, as chamber musician and as accompanist. He is praised for his deep and broad knowledge of music literature, for his great musicality and sensitive interpretations.

Enflo gave his first solo recital with a full program in a professional concert series at age 11, and in his early teens he performed solo with major Swedish orchestras, gave duo recitals with his violinist brother Hans Enflo, worked as accompanist for an  acclaimed voice studio, assisted as piano teacher, studied orchestral conducting, music theory and composition and in 1956 and 1961 he won two national piano competitions.

In 2002, Per Enflo began his ongoing cooperation with violinist Hristo Popov with whom he has toured and made recordings in the US, Bulgaria and Sweden. Special in memory is the successful, critic acclaimed duo recital with works of Vladigerov, Enescu and Bartok in Carnegie Hall in 2013.  Since 2012 Enflo has been a frequent visitor to Bulgaria.

With Sofia Sinfonietta under maestro Svilen Simeonov he has performed and recorded piano concertos; Mozart , nos. 17, 20, 21, 22, 24 and 27 and Beethoven 4th. All of these are available on Spotify. In 1971 Enflo moved from Sweden to the US, where he pursued both a piano career and a career in mathematics, where he also had been prodigious. He solved three fundamental problems in  the area of Functional Analysis, problems that had remained unsolved for more than forty years.

In 2012 he returned to Sweden to start his own chamber music series and recording studio. Outside Uppsala he found the perfect house for family, concerts and recordings.

All recordings are now available on line - Spotify etc. 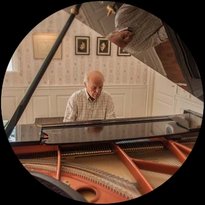 Per Enflo to return to Chagrin Series

for Mozart concertos on January 21